In 1990 when I was 14 years old I wrote a program called Etidisk for Atari ST computers. With this program you the user could create labels for disks and print them. The program included a series of predefined templates with self-drawn images. The user could also enter some text and select some options (monochrome or color program, single sided or double sided, ...). The program was developed in GFA Basic.

The Atari ST computer was released in 1985 and was very popular in the early 90s. The computer could handle 512 colors but especially the high resolution monochrome monitor was a strong selling point. The operating system was TOS. In 1990, the successor, the Atari TT, was released. The first version of GFA BASIC for Atari was released in 1986 by a German company. As of version 2.0 GFA BASIC was a very modern programming language for its time and it became quite popular. 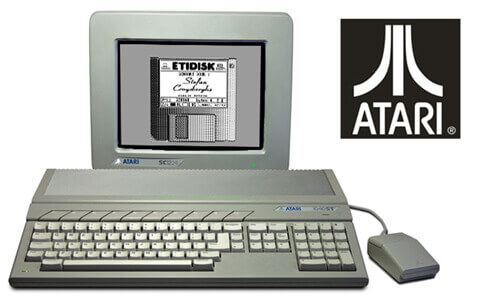 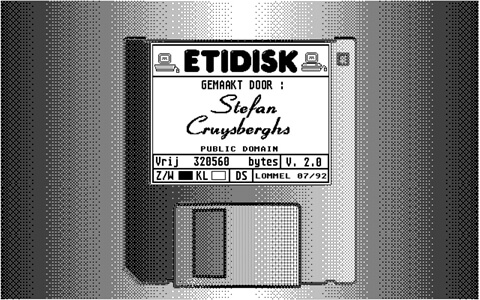 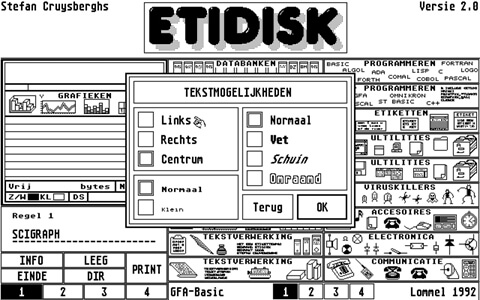 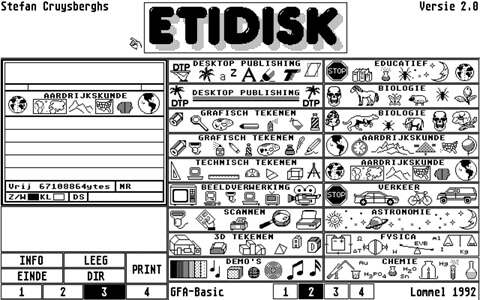 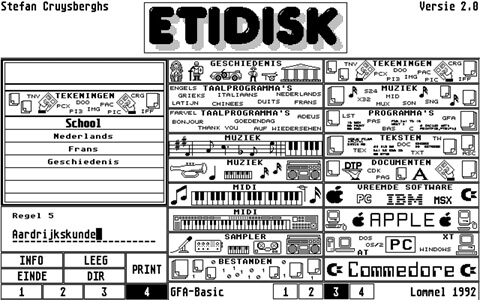 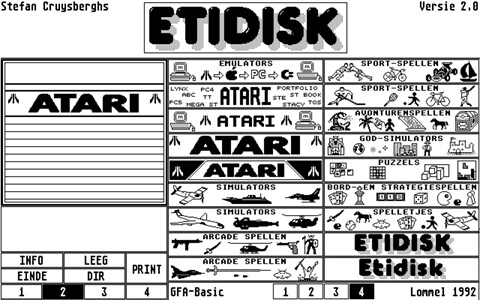